Home
Animals
What Happens When A Shark Approaches This Diver Every Day? Looks So Weird But…
Prev Article Next Article

In Jupiter, Florida, there’s a man who makes time for a very special friend every day.
As a member of Emerald Charters, scuba guide Randy Jordan goes to the same spot each day with his crew, and that ritual has nothing to do with beautiful waters. Instead, Jordan feels drawn to the area because it’s home to a special friend.

Just take a look at what happens when some sharks start swimming his way.

Referring to his lemon shark friend as Blondie, Jordan believes that she returns to him every day because she wants a little TLC. “I’m not a scientist, but I know that sharks have sensitive nerves under their snouts, and when they’re stimulated, they fall into a semi-catatonic state,” he says. “I think they enjoy it the same way a cat enjoys being petted.”

But the diver doesn’t want to encourage people to approach sharks. He knows that Blondie’s behavior is atypical. Instead, he urges people to leave these beautiful creatures in peace. 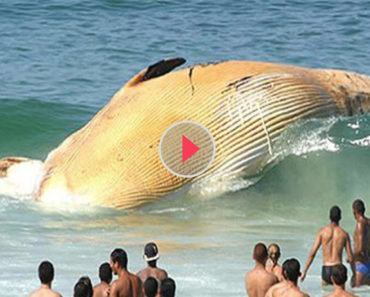